I wrote this up because… reasons. 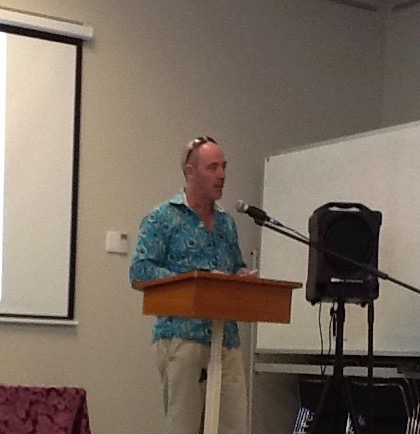 Saturday night, I’m in Brisbane City, for a Buck’s night. A combined Buck and Hen’s night; the “Bucking Hens night”, if you will. I’m the best man, so I had to go.

Fast forward to somewhere late in the evening; a rooftop bar, and I’m on my second lap of the bar taps. There’s chatter and noise, and I’m engaged in a group of six, eight; suddenly ten. There’s a couple of new ladies, late to the piece, good for conversation.

The repartee continues apace; everyone has never been so well-informed, and clever. And sir has seldom been so witty! And at the appropriate moment, I slip in an anecdote that I lifted fair-square from Alien Side Boob.

But then: the mistake.
I attempt to credit the author.
(Indeed; I intended to completely flog that horse.)

The erstwhile John Birmingham was mentioned. Nay, praised. And my referral to Mr Birmingham’s weekly subscriber service became lost in the hubbub.

No. I am not John Birmingham.

I’ve stooped fairly low in my time, but I’m not going to sign an autograph on naked impersonation of an author whom I hold in such high esteem.

“Quick, I’m going to get him to sign my boobs!”

“The UX of LEGO Interface Panels”

Supporting the narrative – “Why I stopped using multiple monitors”

“The UX of LEGO Interface Panels”

How to Build a Successful Career in Information Security | Daniel Miessler